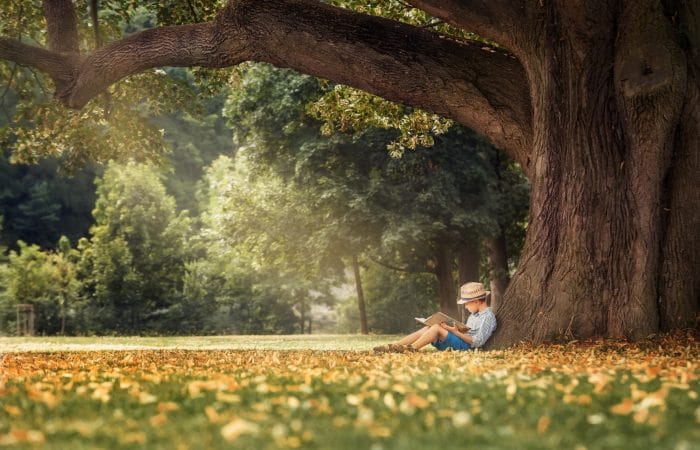 Currently, fables are still an excellent alternative for instilling good values ​​in children from an early age. These short stories, generally about animals or inanimate things that are given human characteristics, are often used to criticize inappropriate behavior and, at the same time, transmit certain teachings and values. In addition, they are an excellent alternative to stimulate empathy and emotional sensitivity in the little ones at home, while enhancing their creativity and abstract thinking. So many reasons to always have a fable on hand to tell your children.

Fables to read as a family with children

1. The Congress of Mice

Once upon a time there was a family of mice who lived in the pantry of a house. They were happy, but they lived in fear of being attacked by a huge cat, so they never dared to go out because, regardless of whether it was day or night, that terrible enemy was always watching them. One fine day they decided to put an end to the problem, so they held an assembly at the request of the chief of the mice, who was the oldest of all. The chief of the mice said to those present:

– “I have ordered you to meet so that together we can find a solution. We can’t live like this!”.

– “Let’s tie a bell to the cat, and that way we’ll know everything Where are you at now.”

Such an interesting proposal was accepted by all the rodents to great applause and happiness. With the bell they would be saved, because its chime would warn of the enemy’s arrival with time to get to safety.

– “Silence!”, shouted the chief mouse, and then said:

– “There is an important question pending: Who of all will put the bell on the cat?”.

Hearing this, the little mice they were suddenly silent, because they could not answer that question. And they ran back to their caves, hungry and sad.

Moral: It is easier to propose ideas than to carry them out.

2 . The Booby and the Crane

As a wolf ate a bone, it got stuck in his throat, and he started running around looking for help. On his way he found a crane and asked him to save him from that situation and that he would pay him for it. The crane agreed, stuck its head into the wolf’s mouth, and pulled the bone across the wolf’s throat. So, she asked the wolf for her compensation, to which the wolf replied:

– “Hey, friend, don’t you think it’s enough pay to have removed your head safe and sound from my mouth?”.

Moral: Never do favors for evildoers, traffickers or corrupt people, because you would get a lot of pay if they leave you safe and sound.

A horse that was already very old was sold by his owner to a miller who employed him to turn the stone of an old mill. The horse did nothing from morning to night but to turn and turn around that wheel, which not only made him very tired but also made him very sad. And it is that the old horse remembered how fast and famous he had been in his youth, in which he had lived countless adventures and also how he made fun of the other horses that were older and slower than him.

Now seeing himself in this situation in which he spent his days tied up and spinning said windmill, he regretted that attitude he had had when he was powerful:

– “After the great laps I put in racing in my youth, look at the laps I have to put in now. This is a just punishment for making fun of those I saw as weak and inferior.”

Moral: It is better to be humble when you have power, because one day or another you will lose.

4. The wolf in sheep’s clothing

A wolf thought one day to change his appearance in order to obtain food more easily. Neither short nor lazy, he got inside a sheepskin and went to graze with the flock, completely misleading the shepherd. At sunset, he was taken along with the whole flock to the farmer, where they closed the door for him so that no wolf would come in to eat the sheep. However, at night, the shepherd entered looking for dinner for the next day, took the wolf and, believing it to be a lamb, immediately sacrificed it.

Moral: According to let’s deceive, so we will receive the damage. 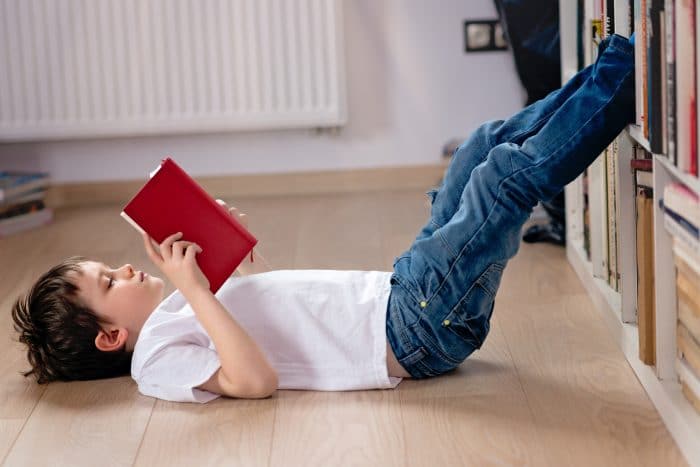 5. The frogs asking for a king

The frogs, tired of the disorder and anarchy in which they lived, sent a delegation to Zeus to send them a king. Zeus, heeding his request, sent them a thick log into his pool. The frogs, frightened by the noise made by the falling log, hid where they could best. Finally, seeing that the log did not move anymore, they came to the surface and given the stillness that prevailed, they began to feel such great contempt for the new king, that they jumped on him and sat on him, mocking him without rest. And so, feeling humiliated for having a simple tree as monarch, they returned to Zeus, asking him to change the king for them, since he was too calm. Outraged, Zeus sent an active water serpent that, one by one, caught them and devoured them all mercilessly.

Moral: When choosing rulers, it is better to choose a simple and honest one, instead of a very enterprising but evil or corrupt one.

After a long time trying to hunt a crow, a man finally got his prize. To prevent his coveted piece from escaping, he tied a sharp thread to one of his legs and took it to his son as a gift. Despite the fact that his little owner went out of her way to give him the best care in the world, the crow did not quite feel comfortable in his new home. One afternoon, while the little one was cleaning the cage that served as his home, the crow took advantage of the fact that no one was watching her to go out the window and fly to the place where her nest was built.

She was so excited to regain its freedom, that when perching on its tree, the thread that hung from one of its legs got terribly entangled in several branches. Realizing the situation, she began to flap with all her might, getting more and more entangled. She was imprisoned in the place that she longed for so much, she said with resignation:

– “What a fool I have been! Because of wanting to live in freedom again, I am going to end my days in the tree that gave birth to me.”

Moral: The bigger what we want, the bigger are the risks.

7. The dog, the rooster and the fox

Many years ago, a dog and a rooster agreed to leave the sad place where they lived and travel to all corners of the world. Tired of walking, they reached a large tree, in which the rooster climbed to the top to sleep more peacefully and the dog stayed lying at the foot of such a magnificent trunk. The next day, as all roosters do, seeing the sunrise, our rooster began to sing energetically to announce the arrival of a new day. A fox heard his song and in the blink of an eye she was planted at the very foot of the tree.

When she saw the rooster above her, she shouted from below that she wished she could see him closer and kiss his head of the interpreter of such a charming melody. But instead of going down, the rooster asked him to first do him the favor of waking up the doorman under the tree. Before the fox could say anything, the dog pounced on her, leaving her with nothing but his tail.

Moral: If you can’t beat a powerful enemy, find someone stronger who wants to help you. 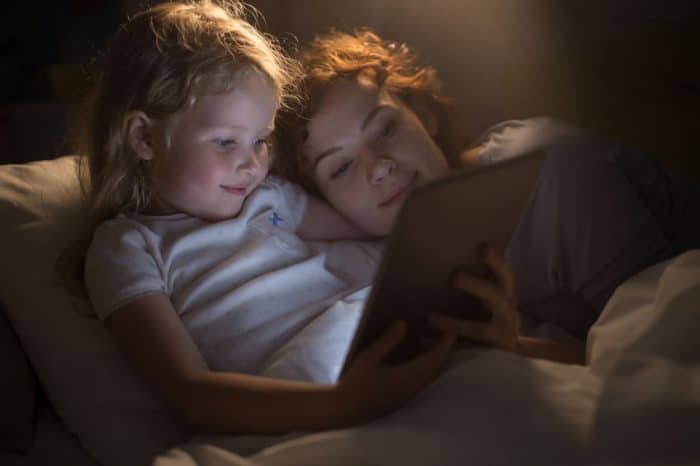 8. The mules and the thieves

Two mules well laden with packs trudged down the road. One was carrying sacks of money and the other was carrying grain. The mule carrying the money walked with its head held high, as if it knew the value of its load, and moved the resonant bells attached to its neck up and down. Meanwhile, his companion continued with the calm and silent step. Suddenly some thieves rushed at them from their hiding places, and in the quarrel with their owners, the mule that was carrying the money was wounded with a sword, and they greedily took the money without paying attention to the grain. The mule that had been robbed and injured lamented its misfortunes. The other replied:

– “I am indeed very happy that I was scorned, because I have not lost anything and they did not hurt me either.”

9. The north wind and the sun

The north wind and the sun disputed over their powers, and to see who was the strongest they decided to award a palm to the one who stripped a traveler of his clothes . The north wind started first, it blew violently, but the man pressed his clothes against him, the north wind then assaulted with more force, but the man, annoyed by the cold, put on another dress. The north wind, defeated, handed it over to the sun. It began to illuminate softly and the man took off his second dress, then slowly sent his most fiery rays at him, until the man, unable to resist the heat any longer, took off his clothes to go bathe in the neighboring river.

Moral: Persuasion is much more powerful than violence.

10. The proud wolf and the lion

One day a wolf was wandering through lonely places at the hour when the sun was setting on the horizon, and, seeing his shadow beautifully elongated, he exclaimed:

– “How is the lion going to scare me with my size? Thirty meters long, it will be very easy for me to become king of the animals!”

And while he dreamed of his pride, a mighty lion fell on top of him and began to devour him. Then the wolf, changing his mind, said:

– “Presumption is the cause of my misfortune.”

Moral: Never value your virtues for the appearance with which your eyes see them, because you will easily be deceived.