5 tricks to help your child give up the pacifier 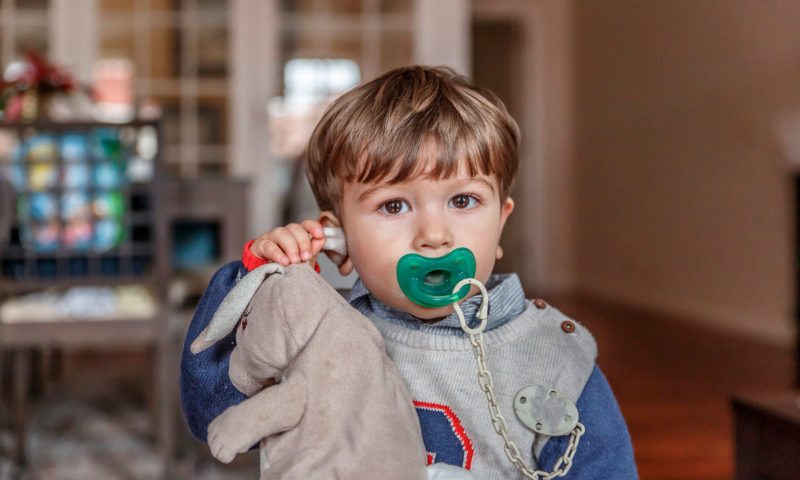 Most parents have given their children a pacifier at some point. The pacifier not only helps calm the baby when he is restless or cries, but also helps him fall asleep faster. In addition, a study carried out by the Spanish Association of Pediatrics revealed that pacifiers reduce the risk of sudden infant death because they activate the brain mechanisms that control the upper respiratory tract.

The use of a pacifier has even been considered a non-pharmacological analgesic method to relieve occasional discomfort as the symptoms of teething in the baby or the discomfort associated with the flu. Using the pacifier also stimulates the baby’s sucking instinct, which is especially useful when the little one has difficulties breastfeeding or does not know how to express milk from the mother’s breast well. In addition, pacifiers reduce the risk of overweight or obesity in children. However, not everything is positive. The pacifier has also been linked to some health risks for the baby.

Why should you be careful with the pacifier? Risks associated with the use of pacifiers

The use of pacifiers in children is a very controversial issue in the pediatric community due to the risks it represents in the short and long term. Its use during the first weeks of life increases the problems for the establishment of breastfeeding, while increasing the risk of early weaning. According to research carried out at the Jaume I University, the use of pacifiers is related to alterations of the dentition, specifically, with oral malformations and an increased risk of caries.

This study also found that its use from 6 months is associated with problems in speech and word articulation. In addition, it increases the risk of digital sucking in childhood, the appearance of otitis in the first years of life and tobacco consumption in adolescence and adulthood. And in many cases it has been related to an increase of gases in the intestine and the consequent appearance of uncomfortable colic in little ones.

When should you take your baby’s pacifier off? ?

The most appropriate time to remove the pacifier from a child varies from case to case as it depends on different factors, from the baby’s health status to his ability to adapt to changes or support family. However, in most cases the Spanish Association of Pediatrics recommends starting withdrawal after 6 months to prevent it from causing dental alterations in children. Some children can be left with the pacifier until the first year of life, but after this moment its use is no longer recommended in any case. 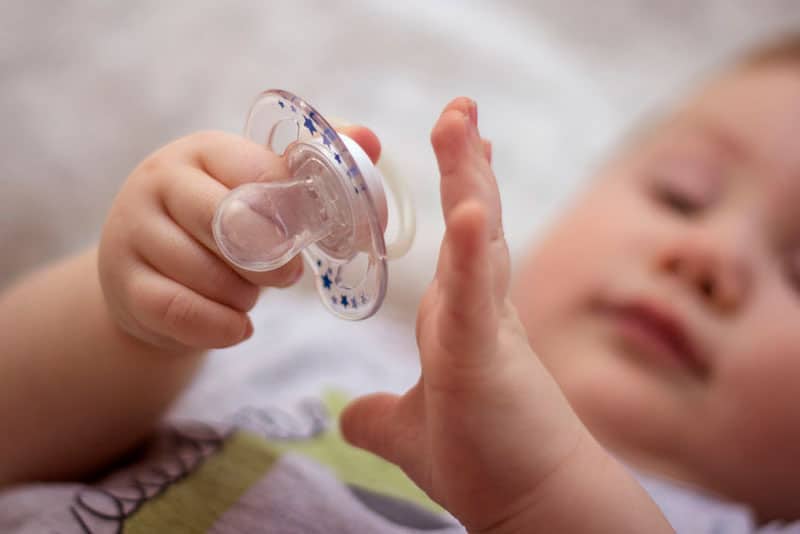 5 strategies to remove your baby’s pacifier

Some children give up the pacifier voluntarily and natural, but not usual. In general, most children find it very difficult to let go of the pacifier and overcome this stage as it is a source of tranquility and security. If this is the case of your child, in the Infant Stage , we propose some strategies so that taking your child’s pacifier does not become a headache.

1. Reduce its use gradually

The Spanish Association of Pediatrics recommends gradually reducing the use of pacifiers until the baby unlearns the habit. One option is to limit the time the child spends with the pacifier, removing it faster and faster. Another alternative is to take it off while playing or watching TV and leave it alone in stressful situations or when sleeping. The idea is that the little one uses it less and less until he forgets about it for good.

2. Exchanging it for a gift

A very effective trick to remove the pacifier from an older child is to suggest that he offer it in exchange for a gift. Whether it’s the tooth fairy, Santa Claus or the Three Wise Men, fictional characters can become the perfect allies so that the child willingly offers them his pacifier in exchange for a toy or other gift that makes you very excited. In this way, the final decision will be yours, which will help you to break this habit more easily and you will also be rewarded with the gift.

This trick works very well with older children who understand the concept of separation or farewell. The idea lies in organizing a party at home or preparing a ritual in which the little one can say goodbye to his pacifier and get rid of this habit. It is important that you explain to the child why he should let go of his pacifier and what benefits it will bring him to encourage him to take the step. If the little one is very reluctant, you can always keep it in a place at home where he can easily find it when he needs it most.

4. Cut or puncture the nipple

This is a very simple way to make the child lose interest in the pacifier quickly. When cutting or puncturing the nipple, the sensation when sucking it stops being as pleasant as before and, in most cases, the little ones begin to reject the pacifier of their own free will. To puncture it you can use a sewing needle and make several holes so that it loses the air inside. To cut it, simply use scissors with which you can remove the tip.

5. Smearing the nipple with unpleasant flavors

Wetting the nipple with flavors unpleasant to the palate such as lemon or vinegar is usually a very effective trick to get the child to give up the pacifier. The bad taste that the pacifier leaves in the child’s mouth will make him spit it out and little by little he will begin to reject it of his own free will. For this trick remember to always use edible and safe foods or liquids that do not put the child’s health at risk.