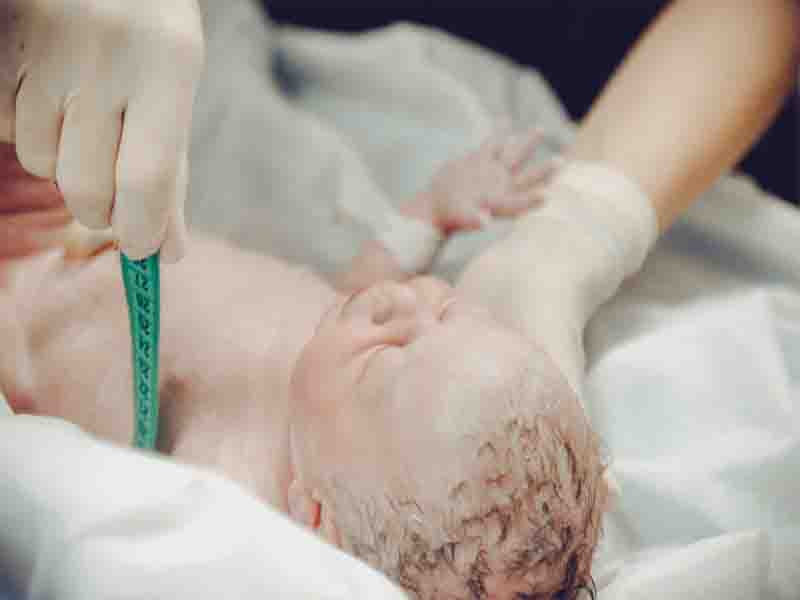 A woman in the UK gives birth to a baby weighing 6 kilos and 775 grams, the third heaviest baby born in the country

A woman has given birth in the United Kingdom to a baby that has weighed 6 kilos and 775 grams , becoming the third largest newborn in the history of that country, according to the national media .

The baby, who was born by cesarean section, caused a great stir among the professionals who cared for the mother, because although the weight estimates that the ultrasound scans showed predicted that it would be large, no one expected such a size.

Cherral Mitchell, 31, is a mother of three and her fourth pregnancy was a surprise, as the woman had opted for the IUD as her contraceptive method.

The first part of the pregnancy passed normally, although in the second half Cherral was diagnosed with gestational diabetes . In one of the follow-up ultrasounds performed at 37 weeks, the doctors noticed that the baby was large , with an estimated weight of 5 kilos.

However, in just one week the baby’s weight skyrocketed , and he was born at 38 weeks weighing 6 kilos and 775 grams , twice the average weight of a full-term newborn .

The baby was born by caesarean section, causing a great surprise among the professionals who cared for the woman, as none of them remembered having delivered a baby of that size. 11 baby bathtubs that take up the minimum space and will solve you.

Not surprisingly, it is estimated that it is the third heaviest baby born in the United Kingdom , behind a child born in 1992 with 7 kilos and another born in 2013 with 6 kilos and 900 grams.

Her mother affirms that her other children were born with a weight within the usual ranges, and even wonders in surprise where her baby was hiding , because the size of his belly did not presage that he would be born so large either.

At the moment, the baby is being monitored in the Neonatal Intensive Care Unit at John Radcliffe Hospital in Oxford and is doing well. Dodot’s emotional ad paying tribute to hospitalized premature babies.

Although this is an exceptional case , we already see that he is not the only baby born with such a high weight. In fact, a little over a year ago we echoed the birth in Australia of a girl with a similar weight to this English baby .

According to the Guiness Book, the heaviest baby was born in 1879 and weighing 10 kilos, but unfortunately, he died 11 hours later. There is also a record of a baby in Texas who was born with 7,540 kilos and another in Indonesia with 8.7 kilos. In Australia, we learned about another case of a baby who weighed 6 kilos at birth and his mother gave birth without an epidural.

It is often referred to as macrosomia when it is calculated that the weight of the baby at birth will be greater than the 90th percentile or greater than 4 kilos of weight . It is considered that it is from 4.5 kilos of weight when the complications increase significantly.

Beyond curiosity, being born too big has its risks . For the mother, there is a greater possibility of a perineal tear and an increased risk of caesarean section or instrumental delivery, and for the baby there is an increased risk of shoulder dystocia and complications at birth, as well as other health problems after birth, especially those arising from complications with the regulation of your own blood glucose .

Among the most frequent factors that predispose to the birth of a macrosomic baby are maternal obesity, having given birth to a previous macrosomic baby, being a male fetus, and appreciating an increase in weight and especially in BMI (index of body mass) of the remarkable mother. And above all, maternal diabetes is the most common factor in many cases.