Biblical Girl Names and Their Meaning in 2022 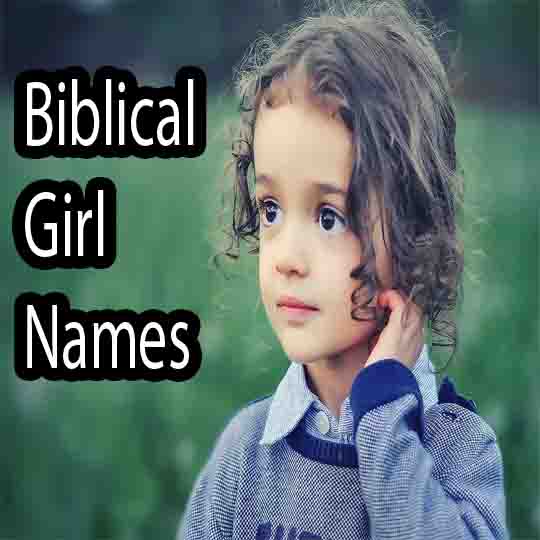 Undoubtedly, choosing the name of the baby that is on the way is something very exciting. We know that a final choice will depend on many factors such as sound, meaning, its origin, among many other things. To help you make a good choice, in this baby names article we present a list of 100 biblical girl names and their meaning .

In the bible there are hundreds of options for you to name your daughter, and the best thing is that these names are full of history, sound and deep meaning. We know that in this section you will get the one that identifies with your tastes and demands. Do you want to know which girl’s name means a gift from God or which is the most beautiful name in the Bible? Keep reading this list.

You may be interested in: Biblical Names for Boys and Their Meaning in 2022 or find the more baby names for girls.

Do you want a biblical name for a girl that is very pretty? So, you’ve come to the perfect listing. Biblical girl names have stuck around through the centuries because they evoke a lot of strength. There are many characters who have a beautiful story and who are in both the Old and New Testaments. Next, let’s see the list of the most beautiful biblical names for girls. Rest assured that you will love one of them:

The trend of giving uncommon names to girls is becoming more and more popular. This gives them a unique, striking and original personality. Imagine combining an unusual name with one of Biblical origin. This would be perfect for that name to stand out from the rest. If what you want is an unusual biblical girl name for girls, this list is the one for you:

If the ultrasound revealed that what is on the way are twins, congratulations, your happiness increases by two. To name them, nothing better than giving them a biblical girl name. In this way, their names will be full of charm, spirituality and beautiful symbology. Check out the selection of the biblical names of twin girls that we made for you, surely here is the combination that you will like.

If what you want is a popular, beautiful name that has a religious origin, then the biblical names of popular girls are the most suitable. Despite the time, the names that appear in the bible remain valid and are even more popular every day. To find a popular biblical girl’s name that is attractive, melodic and has a beautiful meaning, read on.