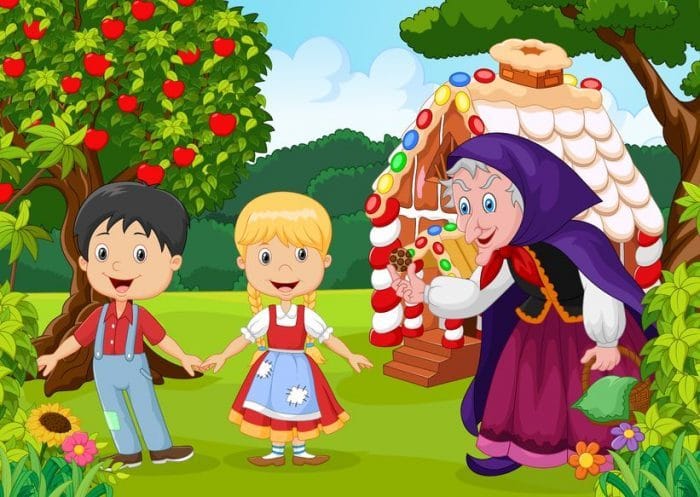 “Hansel and Gretel” is one of those children’s stories that has passed from one generation to another until reaching our days. This is a traditional German tale that was later rescued by the Grimm brothers, although it has also been versioned by many other children’s writers in different languages. In addition, it has been taken to theater and cinema, where it has been adapted both for the children’s fantasy genre and for science fiction.

A story to read as a family

In a hut near the forest lived a woodcutter with his wife and two children: Hansel and Gretel. The family was very poor, so much so that even in times when the woodcutter earned more money he barely had enough to eat. A day came when they didn’t even have a coin to buy food or a little flour to make bread, and the concerned parents started talking one night to find a solution.

– Our children they will starve – lamented the father.

– There is only one solution. We have to leave them in the forest, near the king’s palace. Someone from the court will pick them up and take care of them – said the mother crying.

Hansel and Gretel, who had not been able to sleep because of hunger, were listening to the conversation. Gretel began to cry, but Hansel comforted her by saying:

– Don’t be afraid. I have a plan to find my way back. I’d rather go hungry here than live in luxury among strangers.

The next morning their mom woke them up early and said:

– We have to go to the forest to look for fruits and eggs, otherwise we won’t have anything to eat today.

They all left the house, but Hansel, who had found a piece of stale bread in a corner, he stayed a little behind to throw bits along the way. When they reached a clearing near the palace, the mother asked the children to rest while she looked for something to eat.

The children soon fell asleep as they had gotten up early and walked a lot, and taking advantage of the opportunity, their parents abandoned them. The poor children were so tired and weak that they slept until the next day without noticing that their parents had gone and left them alone.

The next day when they woke up, the first thing Hansel did was look for the pieces of bread to return home. However, he could not find a single crumb because during the night the birds had eaten them. They searched and searched until they finally realized that they were lost and alone in the middle of the forest.

They began to walk until they reached another clearing and saw in the distance a very curious house, built of cookies and candies. The poor boys, who were starving, ran to tear bits off the fence and shutters. They were very enthusiastic about eating when an old woman appeared at the door and with a friendly smile invited them in and offered them a tasty meal. Hansel and Gretel ate their fill. Then the old lady made their beds and lovingly tucked them in.

However, what Hansel and Gretel didn’t know was that this old lady who seemed so kind was actually a witch who wanted to eat them. The next day when they woke up, the witch forced Gretel to do the housework and Hansel locked him in a cage to fatten him up and then eat him.

They stayed like that for several days, Gretel working in the house and Hansel locked up . Gretel couldn’t even think of running away because she couldn’t leave her brother with that wicked witch. Meanwhile, the witch gave the child so much food that, although she had been very hungry, she could not eat everything she brought her. As the witch could not see beyond her nose, every time she approached Hansel’s cage, she asked him to take out a finger to see if she was getting fat. Hansel, who had already noticed that the old woman was almost blind, every day held out a chicken bone to her and when the witch touched it she said:

– You’re getting skinny every time. I’ll have to wait a few more days!

One day, tired of waiting for Hansel to get fat, she decided to eat him. She asked Gretel to heat the oven well. But the girl, who was very clever, realized the witch’s intentions and since she had heard that witches turn to dust when they inhale linden smoke, she prepared a large fire using that herb.

– I have never heated an oven. Why don’t you look at the fire and tell me if it’s okay? Ella, she said to the witch.

– Get out of there, fool! the witch screeched, “I’ll watch him myself!”

Opening the iron door to peer inside, she inhaled a puff of smoke. The witch crumbled into a handful of dust and a bunch of keys.

Quickly, Gretel picked up the keys and ran to free her little brother from her. Before fleeing the house, the two children searched for food for the trip. However, great was their surprise when they found many chests with gold and precious stones. They gathered everything they could and quickly fled.

After a long walk, they reached a huge clearing in the forest and on the other side was none other than their father. They ran to his father, who cried with joy to see them safe and sound because he had regretted having abandoned them in the forest. After hugs and kisses, Hansel and Gretel showed him the riches they brought, and they all returned home where they lived happily.