Fables of Samaniego for children 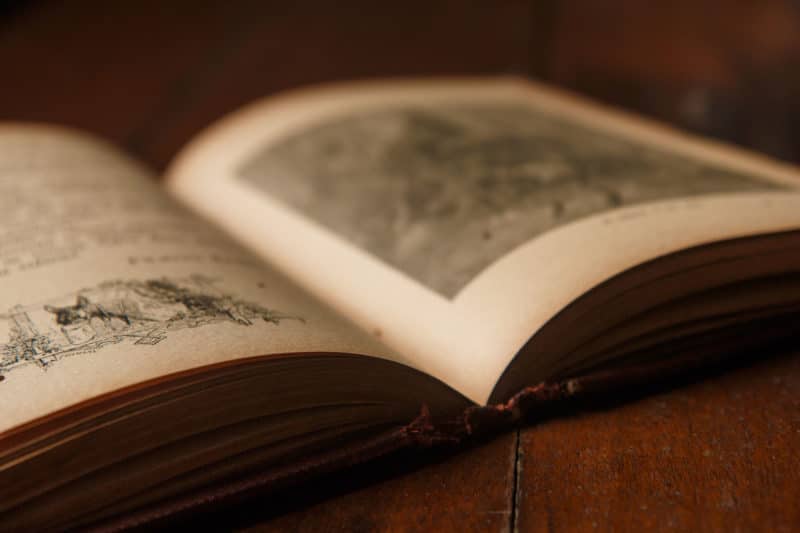 Fables are an excellent resource for educating children in an entertaining and different way. These are short stories whose protagonists are usually animals or inanimate elements to which human characteristics are conferred with the aim of highlighting certain behaviors and transmitting certain teachings and values.

They are a very effective tool to promote reflection in children and stimulate their critical thinking, while giving free rein to Unleash your imagination and boost your creativity. In this sense, Samaniego’s fables are a good resource to familiarize older children with this type of story since, in addition to being short and full of teachings, they include a wide vocabulary and require a higher level of comprehension.

Who was Samaniego? The legacy of the famous fabulist

Félix María de Samaniego, better known as Samaniego, was a prestigious writer and fabulist from Álava and an outstanding representative of 18th-century Spanish literature. Strongly influenced by French literature since he studied in this country, in his fables Samaniego resorts to the ridicule of human defects following the example of great fabulists such as Aesop or La Fontaine.

< However, a little later in his career and under the model of Phaedrus, Samaniego ends up dispensing with his fables from the naive tone that Aesop gave to his and focuses on veiled criticism against behavior and social attitudes. That is why his fables are loaded with so many teachings and positive values that pass from one generation to another without losing their validity.

It is worth noting that the first collection of his fables, 157 stories distributed in 9 books, was published in Valencia in 1782, although much earlier he had already read his works in the Basque Society of Friends of the Country, of which he was a member. This first edition has been followed by many others that have taken on the task of transmitting his words to each new generation.

3 Samaniego fables to read to children

Samaniego’s work treasures many fables written for children, but there are some that stand out for their literary value and their particular teachings. Here are some of Samaniego’s most popular and interesting fables that every child should read.

They had two Frogs
Their neighboring pastures,
One in a pond,
Another on the road.
One day this one
That one He told her:
«It is credible, friend,
Of your great judgment,
May you live happily
Among the dangers,
Where they threaten you,
At the precise pace,
Feet and wheels
Infinite risks!
Leave such a dwelling;
Change of destination;
Follow my opinion
And come with me .”
In a mocking tone,
Doing a thousand cuddles,
She replied to her friend:
«Excellent notice!
News to me!
Wow, what a delusion!
That really was
Give me the devil noise.
I left the house
That was home
Of parents, grandparents
And all mine,
Without memory
Of having happened.
I nor misfortune
Since long centuries!»
«There you get your act together;
But understand
That perhaps happens
What has not been seen.»
A cart arrived
At this very time,
And he made the sad Frog
Tortilla.
For men of brains
There are many,
That to new reasons
They close their ears.
Receiving advice
It’s a madness;
The stale custom
It is usually his book.

The court mouse and the country mouse

A court mouse
He invited a peasant mouse in a very urban way.
He gave him fat Bacon,
Fresh cheese from Holland,
And a pantry full of food
It was his lodging,
For there could not be a room
So magnificently prepared,
Although it was in Ratopolis sought
With the greatest care,
To house Roepan first.
His senses were recreated there;
The walls and ceilings adorned,
Between one thousand mousy sweets,
Sausages, hams and cecinas.
They jumped with pleasure, oh what delight!
From ham to ham, from cheese to cheese.
In this flattering situation
The Clerk arrives.
They hear the noise, they run, they crouch,
They lose their wits, but finally they escape
Hastily
Through a certain gaping passageway.
«This we have! said the peasant;
I renounce cheese, bacon
And those who look for tastes
Between shocks and frights»
He returned to his campaign right away
And he appreciated much more from then on,
Without worry, fear or sorrow,
His little house of earth and his vegetables.

A milkmaid carried on her head
the pitcher to the market
with that alacrity,
that simple air, that pleasure,
that she tells everyone who notices her
«Yes, I am happy with my luck!»
Because she didn’t want
any company other than her thoughts,
how happy she offered her
innocent ideas of contentment,
The happy Milkmaid walked alone,
and she said to herself in this way:
«This milk sold,
in fair will give me so much money,
and with this batch
I want to buy a basket of eggs,
to raise a hundred chickens, so that in the summer
they surround me singing the peep, peep.
Of the amount achieved
from so much chicken I will buy a pig;
with acorns, bran,
collard greens, chestnuts will fatten up unwisely,
so much so that I might get
see how his belly crawls.
I’ll take him to the market,
I’ll make good money from him no doubt;
I’ll buy cash
a robust cow and a calf,
/> Let her jump and run the whole campaign,
to the mountain near the cabin.»
With this thought
alienated, she jumps in such a way
that her violent jump
the pitcher fell. Poor Milkmaid!
What compassion! Goodbye milk, money,
eggs, chickens, piglet, cow and calf.
Oh crazy fantasy!
What palaces you make in the wind!
Moderate your joy,
/> lest jumping for joy,
when contemplating your happy move,
break your hope jar.
Do not be ambitious
of better or more prosperous fortune,
> that you will live anxiously
without anything being able to satisfy you.
Do not yearn impatiently for future good;
see that not even the present is certain.