How to solve fights between children 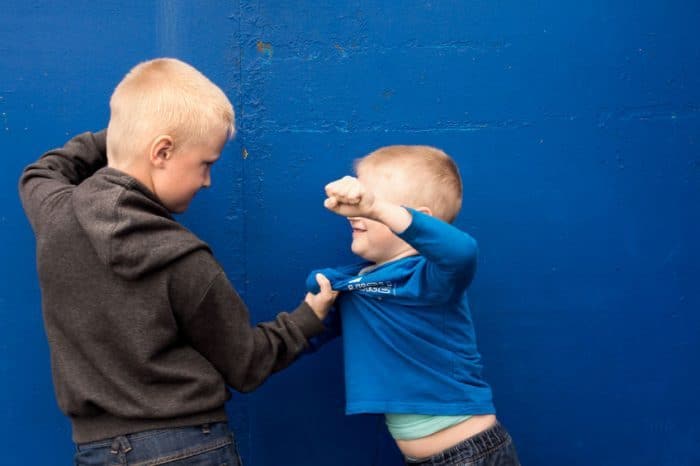 Children fight each other for many reasons, parents and educators often have the difficult task of knowing when to let it run its course and when to step in to take action. Children, especially siblings, can fight and fight for the silliest reasons there can be, those reasons that are totally illogical to you but to them it’s the whole world and a catastrophe.

But these fights or fights between children are an opportunity to always strengthen their bond and when they work well and taking into account some values.Disagreeing is an important part of child development -just like it happens with adults-, but there are things that parents and educators can do to help minimize the problem and prevent the children from fighting or fighting.

Ignore the fights between children

I mean, ignore the ones that are unimportant or that are not causing them discomfort. Most fights between children are just annoying and adult intervention only delays the process of children working out some social skills on their own. Fighting can also be a way kids get attention, and for some kids, negative attention is better than no attention.

If adults ignore fighting and don’t let them become a target at home or anywhere else, they’ll have one less reason to do so. One strategy is to have a place to argue or fight in the home, and when they start to do so, go to this place until a solution is found -and teach them to look for it beforehand-. 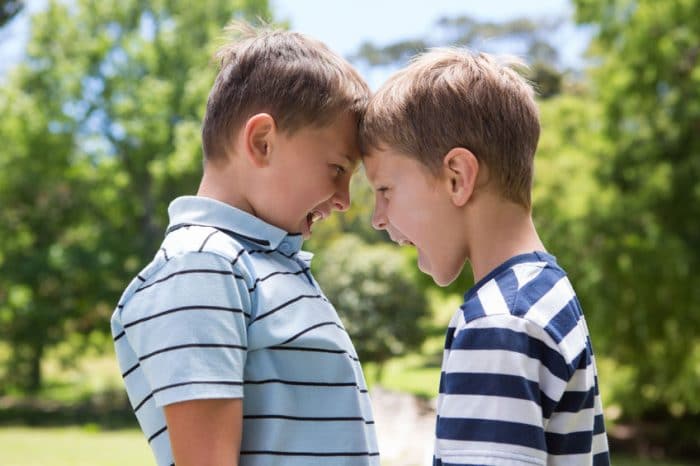 Equality is a must

The quickest trap an adult can get into is trying to figure out who started the fight or who was to blame for starting the fight. trouble. Looking for the culprit is not the solution, you do not have to take sides for either of the two parties. Taking sides on one side or another or that the punishment is different is labeling children as aggressor and victim. In most cases, the consequences for what happened should be the same for both parties Without exceptions. Children should not be shown that a fight between them wins or loses. Both will receive the same consequences.

Even very young children can understand the most basic problems of fairness and no fights. Talking with children about arguments or fights is one of the ways that problems can be resolved. It is important to always establish basic rules of what can and cannot be done to solve a problem. For example, you cannot yell or hit, but you can speak and show your feelings assertively .

When faced with a problem, children can be asked to be able to go to an adult with ideas to solve the conflict. You could be surprised at the solutions that children can give you, they know what works best for them and they will let you know, as long as they have the strategies to achieve it.

Praise and praise will do wonders to help build positive behaviors in children. The key point is to ignore the fight or fight and then establish a lavish attention when you are teaching them to act correctly. Children will quickly understand what they should do and positive reinforcement for their good behavior will condition them to be able to repeat the good behavior in the future.

And remember some important points: