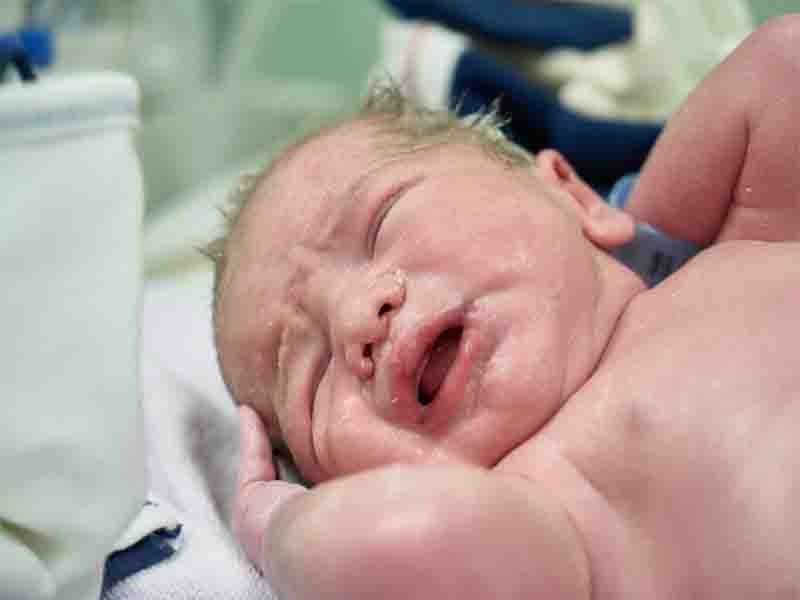 Throughout the pregnancy, the baby’s respiratory system is being formed until the complete maturation of the lungs around week 36 or 37 .

Inside the uterus, the baby has remained in a liquid state and the flow of oxygen came to it through the umbilical cord . During childbirth, there is a change from a liquid medium to a gaseous medium and the newborn’s respiratory system undergoes changes that allow the baby to breathe. Parents recover their biological daughter after a clinic mistakenly implanted.

How the baby starts to breathe

When breathing, there is an exchange of gases in the pulmonary alveoli with the environment, the carbon dioxide is discarded and oxygen is captured. To successfully establish normal respiration after birth, there must be no obstructions in the respiratory tree and there must be good neurological maturity to control inspiration-expiration movement. Five carrying coats designed especially for dads, know more.

During pregnancy, the fetus performs this gas exchange through the placenta. In the womb, the lungs of the fetus are filled with fluid.

During childbirth, the fetus experiences a significant stress situation and the fluid from its lungs is reabsorbed or expelled through the mouth so that the newborn can take the first breath.

In a normal delivery, the pressure on the baby’s chest, as it passes through the birth canal, helps it eliminate lung fluid, mucus and amniotic fluid. This is one of the reasons why in normal conditions vaginal delivery is better than cesarean section, it is the natural way to prepare the baby’s body for extrauterine life. How to cure a newborn’s navel, Know more about it.

When does the baby start to breathe

The mean time for the establishment of regular respiration in the neonate is about 30 seconds . The first breath sounds like a gasp, as the newborn’s central nervous system reacts to the sudden change in temperature and environment.

One third of the baby’s blood and oxygen remain in the placenta for 5 to 10 minutes after birth, so that if the umbilical cord is not cut prematurely, it will continue to oxygenate the baby, obtaining a calm and relaxed discovery of the world. exterior and respiration.

Premature cord cutting means babies are instantly deprived of oxygen. The baby then tries to breathe before the mucus and amniotic fluid have come out (that’s why they are given a nasal aspiration and blow to the back).

Once the alveoli are filled with air for the first time, a substance called lung surfactant ensures that they do not collapse.

Pulmonary surfactant is present in the fetus at 34 weeks of gestation and is of great help at the time of the first breath, because it reduces the pressure that the baby has to exert to open the alveolus for the first time. This substance is responsible for keeping the lungs always open and not closing as air is expelled with each breath.

In summary, once the umbilical cord is cut and the baby takes the first breath, these are the changes that occur in his lungs and circulatory system :

The first breath after a cesarean section

If natural labor has begun with contractions that have compressed the baby, even with some fetal descent through the birth canal, although it ends in cesarean section, there will have been some expulsion of the fluid that occupies the baby’s lungs (although not as much as if it had indeed crossed the entire canal).

If the delivery has been by scheduled cesarean section where the mother has not been in labor, has not had contractions, and the newborn’s chest has not been compressed along the birth canal, it may take up to several hours for all the fluid from the lungs are reabsorbed.

This is why babies born by cesarean section are more prone to sneezing and coughing and sometimes gag on the fluid trying to get out.

Ideally, in vaginal delivery, the baby’s first breath, his first achievement in his new life , should be delayed a little and allowed to come into contact with his new environment and with his mother attached to the placenta by the cord.