What is artificial insemination? All about this technique 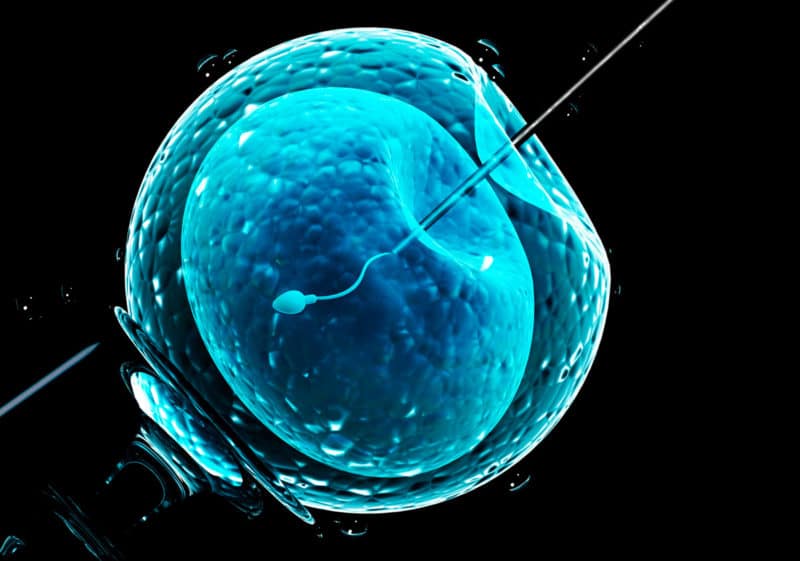 Each year in Spain an average of between 30,000 and 40,000 artificial insemination treatments are carried out, according to data from the Spanish Fertility Society. This technique is gaining more and more prominence in couples who have problems conceiving, due to its low complexity and relative rate of effectiveness, which makes it an ideal option for those who have been trying to have a child for some time without success.

What is artificial insemination?

Artificial insemination is a low-complexity assisted reproduction treatment in which basically, a semen sample, either from the partner or from a donor, is introduced into the woman’s uterus. The objective of this procedure is to increase the chances of pregnancy with respect to a sexual relationship since the semen sample is first treated in a laboratory and, in addition, the ovary is stimulated to promote growth and maturation of the ovules.

Placing the treated semen sample directly in the woman’s uterus reduces the distance that the sperm must travel to the ovule, increasing its chances of success. Likewise, scheduling artificial insemination during the woman’s fertile period increases the chances of fertilization and pregnancy.

What does the procedure consist of?

The first stage of the artificial insemination consists of the ovarian stimulation of the woman, whose purpose is to increase her chances of success. To do this, a treatment is started that can vary in each case and lasts approximately 10 or 12 days. During this time, a specialist performs an exhaustive monitoring of the stimulation through blood tests and ultrasound.

Once the follicles have reached the appropriate number and size, a dose of the hormone human chorionic gonadotropin is administered to induce ovulation and, about 36 hours later, a insemination.

On the day of fertilization, the sperm sample is prepared in the laboratory to improve its quality and increase its fertilization rate. If the partner’s semen is used, the partner must deliver the sample about 2 hours before carrying out the treatment so that the experts can rule out dead, immobile sperm or those that move very slowly. The target? Select the sperm with the best mobility.

Insemination is performed in consultation, it is not necessary to undergo surgery. After placing the speculum, a cannula with the semen sample is inserted into the uterus. After a few minutes of rest, the procedure will be finished and the woman will be able to continue with her normal life. At the end of about 15 days, a pregnancy test is performed to determine the effectiveness of the treatment.

In what cases is it recommended?

Artificial insemination is recommended in cases in which the woman presents alterations in the ovulation cycle, mild endometriosis or a uterine malformation. It is also recommended when the man has a low quantity or quality of sperm, or if they cannot pass through the cervix.

In addition, it is an alternative for couples in which the man is a carrier of a genetic disease that can be neutralized during fertilization. It is also an option for women who have a homosexual partner or who want to be single mothers.

What is your success rate?

As it is a low-complexity procedure, artificial insemination has lower pregnancy rates than other types of assisted reproduction treatments, but higher than sexual intercourse. It is estimated that its success rate ranges between 15% and 20%, but it increases as the cycles progress. In fact, for the fourth cycle, the effectiveness rate is around 45% and 50%.

Obviously, these results vary from one woman to another since they depend on different factors such as the quality of the sperm, age, ovarian reserve, medical and reproductive history, among other conditions.

Where to perform artificial insemination and how much does it cost?

In Spain, Social Security covers the basic treatment of artificial insemination provided that the woman meets a series of general conditions such as that she does not exceed the age limit of 40 years, has diagnosed problems conceiving, does not have previous children, or hereditary diseases.

Then, each autonomous community has its own requirements, which added to the fact that Social Security does not cover certain exams and that it offers a limited number of cycles, means that most women choose to have the treatment in a private clinic.

There are many private assisted reproduction clinics that offer artificial insemination treatment. The average price in these facilities ranges between 600 and 1,400 euros per cycle, although it depends on each case and whether semen from the partner or from a donor is used. This price usually includes hormonal and ultrasound controls, as well as the procedure and the pregnancy test. Ovarian stimulation treatment is not usually included.