When a baby is born, the big brother’s world falls apart

When a baby comes into the world, the older brother can feel in different ways. You can feel excitement, hope and even fear when the parents come home with their little brother, but what they feel the most is inside him is that his world, the one he knew until then, crumbles. He falls apart because he will no longer be anything the same, because his parents’ attention will no longer be exclusive to him.

But just because the little boy’s world falls apart doesn’t mean it’s all bad…sometimes the older brother begins to mature. Maturity is acquired throughout the growth of a person depending on the experiences and circumstances lived by him. In some children, their maturity comes earlier, depending on their genetic predisposition or personality, but we will focus when the baby comes home.

Yes, the world is falling apart for the older brother but it will also begin to have other positive aspects over time: he will think more and better because he is now the oldest, he will be more independent, he will do some tasks more maturely than others children their age… But it is essential that parents keep in mind that now is a critical time for their older child.

It is a critical time because they may feel isolated or misunderstood . When the older brother realizes that the baby gets more attention than he does, then jealousy can set in. Jealousy will make him behave in a different way, perhaps sometimes it seems as if he were younger than his age inside the house to receive attention… An older brother can process this situation in different ways, we will tell you!

How an older brother accepts the arrival of his younger brother

When a baby is born, the older brother can take different positions before this event that has changed his life him and his whole family. For example: 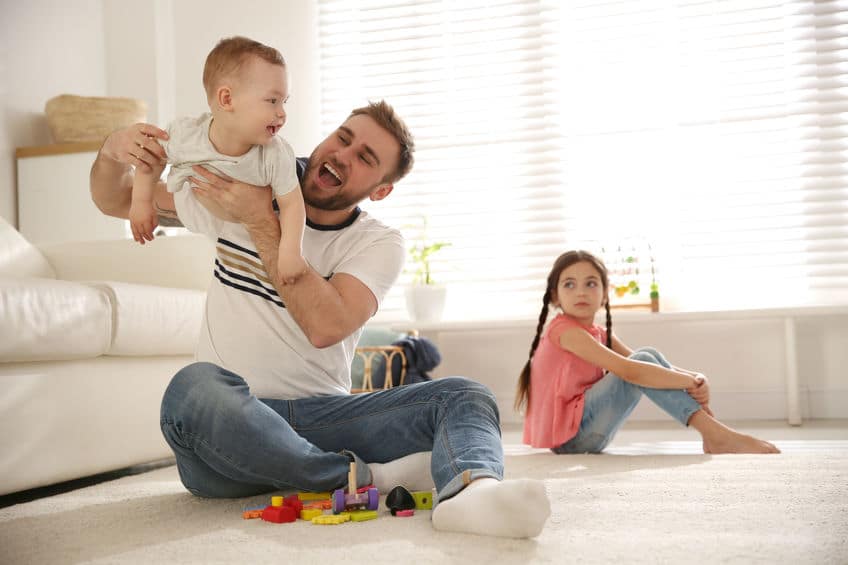 How to avoid jealousy

It is necessary for parents to take all this into account to avoid jealousy in the eldest child towards the youngest and instead of this, they can stimulate a positive maturity. To achieve this, follow these strategies: