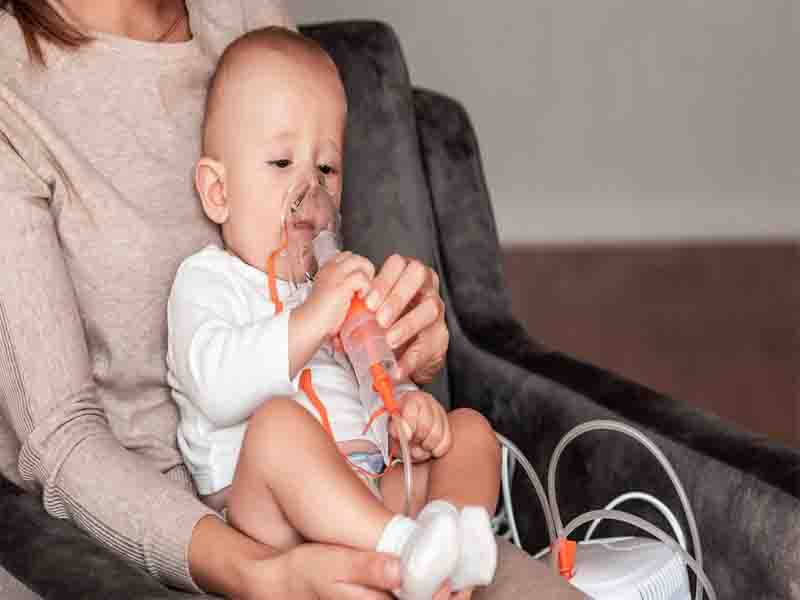 Bronchiolitis is one of the most frequent diseases in childhood and the most frequent cause of admission in children under two years of age . At least 40 percent of children experience an episode of bronchiolitis before the first year of life . It consists of an inflammation of the bronchioles , the last branches of the bronchi, which measure just 2 mm in diameter, when infected, they become inflamed and obstructed, preventing the passage of air, causing respiratory failure. What are the cheeses you can eat (and which ones you should avoid) if you are pregnant.

It is caused by the respiratory syncytial virus (RSV) , a common and highly contagious virus that causes 80% of severe respiratory infections in babies, including pneumonia. The good news is that the first vaccine to prevent bronchiolitis in infants is in development .

Currently, the only treatment for mild infection is limited to symptomatic relief and can be treated on an outpatient basis, while more severe cases may require hospitalization. Once hospitalized, these children may require care such as supplemental oxygen, intravenous fluids, and/or require mechanical ventilation. The hiccups of the baby in the womb: why it occurs and mother feeling.

Nirsevimab, the first drug against bronchiolitis

The New England Journal of Medicine recently published the results of a phase 3 trial evaluating Nirsevimab, a monoclonal antibody , which showed 74.5% efficacy against lower respiratory tract infections in healthy infants.

They found that a single injection of nirsevimab given before the RSV season protected healthy term and late preterm infants (born after 35 weeks) from medically managed RSV-associated lower respiratory tract infection.

To reach this conclusion, the researchers included a total of 1,490 children in this randomized trial, of whom 994 received Nirsevimab and the other 496 received placebo.

Nirsevimab is a long-acting monoclonal antibody developed by AstraZeneca and Sanofi designed to protect all babies through their first season of RSV with a single dose.

Pending authorization from the EMA

The European Medicines Agency (EMA) has accepted the marketing authorization application for nirsevimab under an accelerated evaluation procedure . Sanofi and AstraZeneca are developing this drug, the first monoclonal antibody with an extended half-life, which protects all infants against lower respiratory tract infections (LRTIs) requiring medical attention during the respiratory syncytial virus season.

Nirsevimab is being developed as a single dose for all infants experiencing their first season of RSV . The EMA granted the accelerated evaluation for nirsevimab because the Committee for Medicinal Products for Human Use (CHMP) considers that it is of great interest for public health and represents an important therapeutic innovation.

RSV is a leading cause of hospitalization in all infants. The recent spikes in bronchiolitis cases and hospitalizations caused by RSV infection, worldwide, further demonstrate the need for a preventive option to help protect to all infants We are delighted that this regulatory request has been accepted, and we are confident in the potential of nirsevimab to change the current RSV prevention paradigm as a potential single-dose option that can offer sustained protection to all infants for the season,” said Jean-François Toussaint, Global Director of Research and Development at Sanofi Vaccines .

It is the first potential immunization to show protection against RSV in all infants in a phase 3 trial.