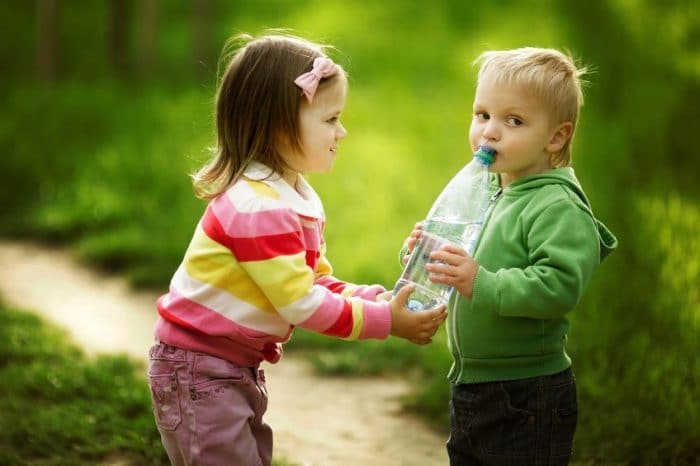 “It’s mine!” “I don’t lend it!” “Give it back to me!” , are some of the phrases that you have probably heard your young son say while he plays with his friends. You intervene, calm things down and a few minutes later they fight again.

This is a fairly common condition, especially between the ages of 3 and 5 since the child has begun to show interest in other children and plays with them but is still very possessive and self-centered. In fact, you should know that it is difficult for a small child to part with some of his toys because he does not understand that they will be returned to him later and because he has a hard time putting himself in the other’s place.

Added to this is the fact that he is very impulsive, it is difficult for him to wait his turn calmly while the others use their favorite toys. That’s why he gets desperate and asks for them to be returned. However, it is likely that the child is already showing signs of generosity and that he is able to share his snack with other little ones. It is simply about not getting desperate and watering the seed that is already growing inside him, encouraging him to be more generous.

Some children may experience the act of sharing as a dispossession of their most precious possessions, toys. However, if you teach him team games where everyone has to reach a common goal, you can show him that sharing has a fun side too. Also, it is recommended that from time to time you give him something special that he can share with his best friend.

2. Set the stage in advance

Before it’s time to play with his friends, ask him which toys he doesn’t want to share. Some children become fond of certain toys and it’s understandable that they don’t They want to lend them. At the same time, ask what toys they can use and explain that their friends will want to play with them. This way you prepare him psychologically for when the time comes to give up his toys.

Parents are the main role model for children. This means that you must be generous, both with the people around you and with your own child. In fact, we often don’t realize it, but preventing him from touching our things can be perceived as an act of selfishness that the little one will then repeat with his friends. If your child sees that you don’t have a problem sharing, they will too. 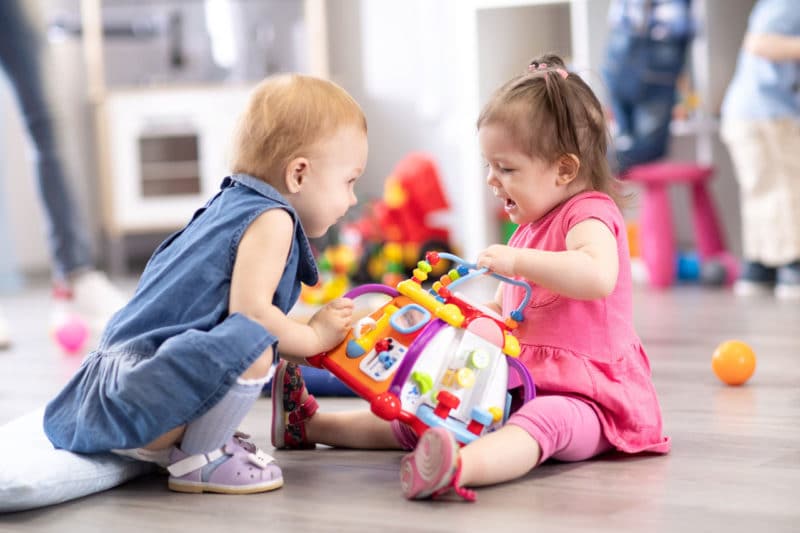 4. Teach him to be patient

Children are not exactly characterized by their patience, that is one of the reasons why they often fight while playing. Therefore, it is important that you teach him to be patient through games in which he must wait his turn . Thus, little by little you will understand that if you are patient, everything flows much better.

Before taking one of the child’s toys or books, ask permission, in this way you will also be transmitting the basic rules of courtesy. If the child sees that his siblings, the babysitter or his parents take his things and do not take care of them or do not put them back, he may be more reluctant to lend his toys.

Do not punish him don’t force him to share

Generosity is a positive value that should be cultivated from love and fun, not from impositions. Telling your child that he is behaving selfishly and punishing him for not sharing his toys only helps to create a negative precedent.

Instead, talk to him and try to put him in the other’s place. Remember that sharing does not simply imply lending the toys but trusting the other. Therefore, it is important that the child is psychologically ready to develop generosity.