What to do in a child fight 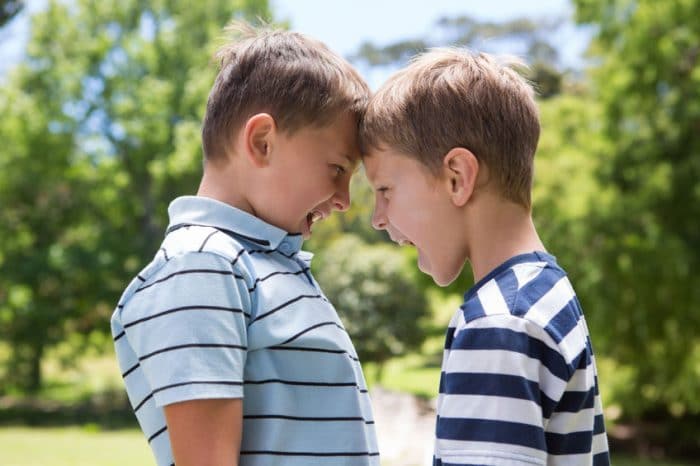 Most children have fought with others at least once. This is a fairly common problem among children, although it almost always takes parents by surprise, especially when they are first-timers . They are usually temporary fights and have no further repercussions but this is not always the case.

We must start from the fact that an occasional fight is not a cause for concern. However, if the child begins to be involved in childhood fights often, it is time to take action on the matter since this problem can take on larger proportions. In fact, it has been found thatchildren who develop aggressive behaviors at an early age are more likely to maintain them as adults.

As a rule, children who fight often they maintain an aggressive and hostile attitude towards others, which is due to their difficulties in keeping their emotions under control. How to act in these cases? Is it necessary to resort to a strong hand or understanding? Should you intervene in all fights?

How to intervene in a child fight?

Dealing with child fights is not easy, but the earlier you intervene, the better . That’s why it’s important to be aware of the fights your child gets involved in, especially when he’s the one responsible for the argument.

In these cases, the first step is to separate the both children and wait for them to calm down. Then you should explain the consequences of their actions and indicate how they should solve the problem. For example, you can say, “I know you’re very brave, but that doesn’t mean you can hit your friend because that’s how you hurt him. I think you should apologize to him and find a solution together to…”.

In this way, you will be teaching him that violence is not the way to go and that it is preferable to use other ways to solve conflicts. In addition, through this strategy you also develop their Emotional Intelligence since you teach them to recognize their mistakes and rectify them. 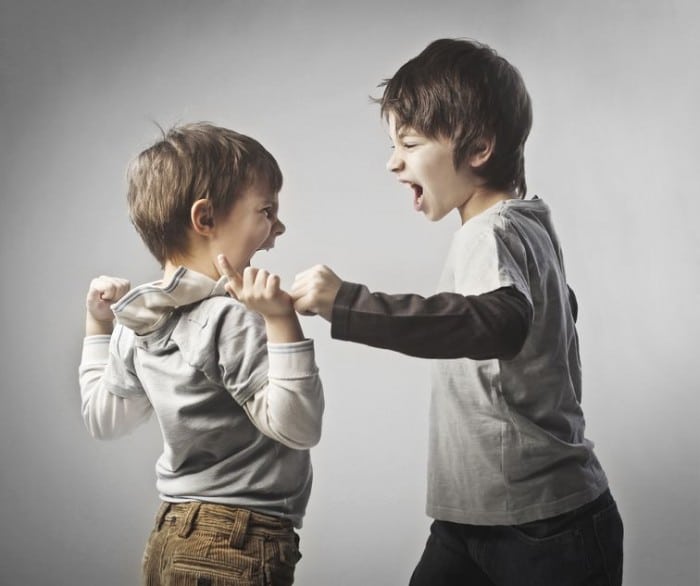 When fights are frequent, it is convenient to You try to get to the bottom of the problem. For example, if the child often pinches or hits his brother, it may be because he is jealous. Talk to your child, ask what’s wrong and try to find a solution together. Of course, don’t yell at him or resort to violence because in this way you will only be legitimizing aggressiveness. If necessary, you can resort to punishment.

What childish fights can be overlook?

Specialists say that it is not always appropriate to intervene in children’s fights, especially when they do not have an aggressive or violent background. For example, if your child doesn’t want to share their belongings or is arguing with another child because they both want to use the same toy, it’s a good idea to let them work out their differences, as long as they don’t lead to physical violence. > Sometimes these clashes are not fights in the strictest sense of the term but an act of childish assertion.

In these cases, if the parents decide to intervene, they should do so as mediators, not as conflict solvers. This implies that you must adopt an objective role, in which you try to satisfy both children and lead them towards a solution. It is important that you recognize the individuality of each child and their rights, including not sharing their things when they don’t want it.

Remember that it’s not a good idea to force a child to give in or abruptly take away a toy to give it to another, even a smaller one. The best thing is to resort to dialogue and try to convince him to be the one who gives in. It is true that at the beginning it is easier to solve the problem acting as a judge but assuming the role of mediator will be much more productive in the long term for both children since you are not only showing respect but also enhancing their conflict resolution skills.