Why is the mobile phone not a toy for children? 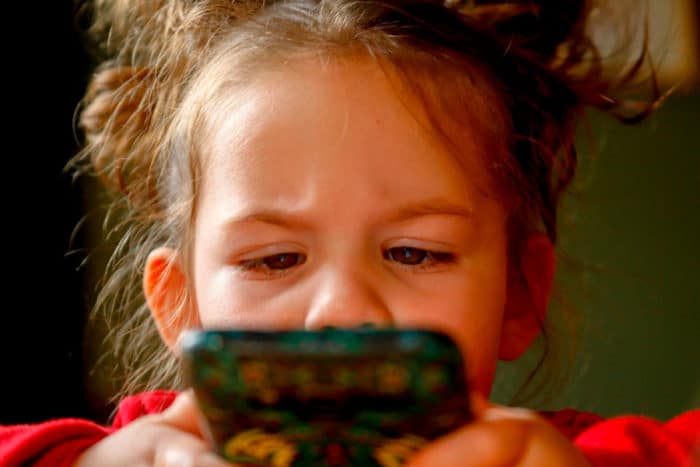 Two out of three children between the ages of 10 and 15 have a mobile in Spain. A figure that is around 24% in those under 10 years of age and shoots up to 94.8% among 15-year-olds. This is an increasingly common phenomenon in a hyperconnected society in which the mobile phone has become a “necessity” even for the smallest of the house.

In fact, children ask for their first mobile phone at increasingly younger ages and many parents even decide to give it to them as just another toy. However, although the mobile phone can become an excellent ally for children’s entertainment it is important to bear in mind that this device is not a toy for children.

The mobile phone It is not a toy, but children do not know it

According to the Royal Spanish Academy of Language, a toy is an “object with which children play and develop certain capacities”. From this point of view, basically any object that children play with could be considered a toy, but in practice this is not the case since only objects that have a playful function are considered toys, that is, they were created to entertain children. children. A simple example: children can play with a pillow, but the pillow is not a toy.

The same reasoning applies to the mobile phone. The smartphone was not created to entertain children, that is just one of its different functions. In addition, although most children tend to quickly develop incredible abilities to use the mobile phone, in reality they do not have enough psychological maturity to understand the different functionalities of a mobile phone, much less understand the risks to which they are exposed when “playing” with a smartphone.

A tool for children’s entertainment that contains numerous dangers

Social networks, messaging systems, applications for adults and the Internet in general are other functions that are available in most mobile phones and that represent a potential danger for the little ones at home. From bullying to child abuse, many of the risk situations to which children are currently exposed take place online via mobile phones. Parental control applications promise protect children from this type of danger, but in reality the risks do not disappear completely.

Frequent use of mobile phones has also been linked to an increase in cognitive disorders in childhood such as problems memory, learning delay and attention deficit, as well as emotional problems such as lack of self-control, impulsiveness and behavioral problems. Mobile phone use from an early age also increases the chances of developing technology addiction, while becoming a major risk factor for substance abuse in adolescence. In addition, it increases the risk of obesity, sleep disorders and visual disturbances. 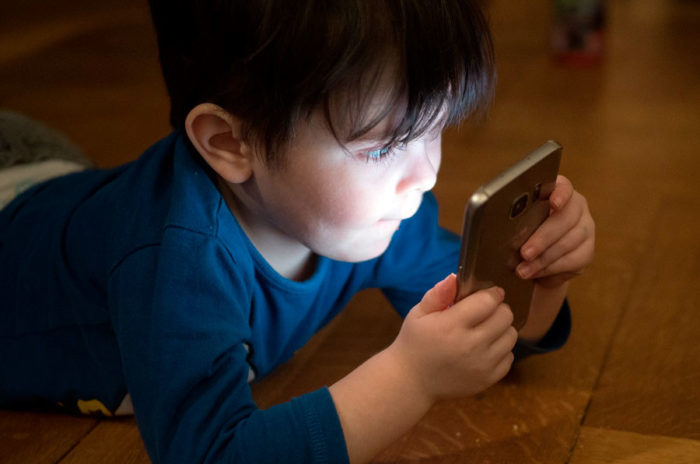 The mobile phone cannot be a substitute for traditional gaming

In recent times, the mobile phone has also become a tool for coping with reality for many parents and their children. More and more parents are turning to this device to manage children’s tantrums or keep them entertained for long periods of time. However, it is important to keep in mind that using technology to calm or entertain children is a temporary solution.

The mobile phone should not be a substitute for traditional games. Children also need to play with cars, dolls, construction sets, balls or any other toy that sparks their imagination. They need to participate in role-playing games and have fun playing with the family, they need to play with other children and even have some fun with the house pet.

Obviously, this does not mean that children are not allowed to occasionally play with a mobile phone. There are tons of apps and games for smartphones that are not only fun, but also encourage learning and developing different skills. However, it is important to have parental supervision to prevent any risk and regulate the time they spend in front of the screen.

Of course, the final decision to give a mobile phone for children is in the hands of the parents. However, it is recommended to wait to take this step until the children are old enough to use the phone consciously and are able to understand the risks to which they are exposed. In any case, it is essential to maintain good communication with children on this subject so that they can ask for help if they feel at any time that they are in danger.