Family video calls: The 7 best apps to talk and see your loved ones 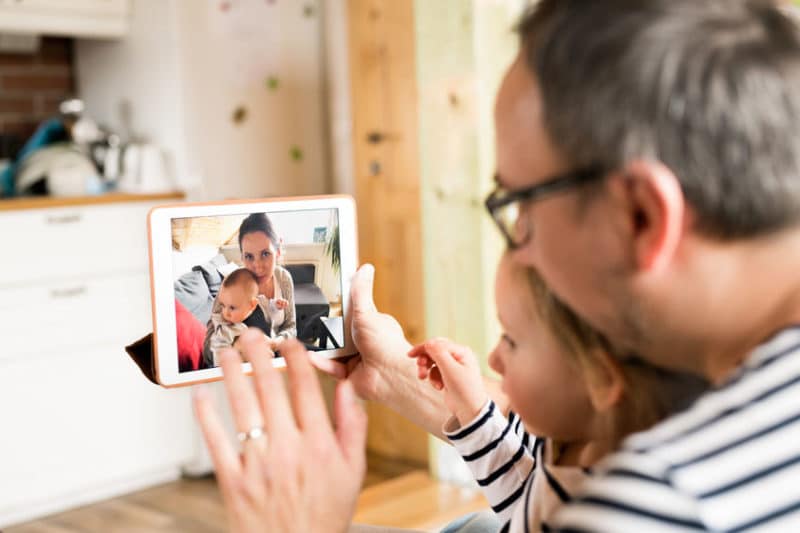 Being away from those we love is always difficult, even more so when we cannot visit them frequently. However, today physical distance should not be a problem to feel close to the family and have a conversation with our loved ones since there are new methods, such as video calls, that allow us to alleviate the effects of separation .

Without a doubt, in recent times video calls have become become a perfect tool to look into the eyes of those who are far away and feel that they are sharing, or almost, the same space and time with us. It is a much more personal and close alternative to phone calls, to which children can also join.

Seven free applications to make video calls with the family

The video call function of this application is one of the most widely used in the world thanks to its great popularity. However, so far WhatsApp only allows group videoconferences with up to four people.

Of course, it recently incorporated a new function that allows you to add the participants of the same chat group directly at the beginning of the call, which allows you to makes it easy for the less tech-savvy. It is worth clarifying that the video call service is only available in the smartphone version of WhatsApp, since it is not possible to make video calls in the web version.

This is Apple’s voice and video call application, through which you can talk to up to 32 people at the same time! FaceTime is designed to work with both Wi-Fi and 3G and 4G networks, so it can be used in almost any scenario without having to do without its high resolution and great image quality. However, one of its biggest detractors is that it can only be used with Apple operating systems and devices, which greatly limits its use.

Although this application is better known in the business world, it can also be used to make video calls between family and friends. Whether through its website or its applications for Android and iOS, with Zoom you can talk to up to 100 participants at the same time. Of course, this type of call is limited to 40 minutes in its free version.

The application also offers the possibility of joining the conversation from a telephone line in voice version, as well as recording the calls that are made. It is worth noting that in recent months the application has shown security flaws, so when using it it is recommended not to provide data or sensitive personal information.

This is one of the oldest group calling programs that allows you to make video calls both in its computer version and in its mobile or web version. One of its greatest advantages is that it allows up to 10 people to connect at the same time in a videoconference, a figure that increases to 25 participants in audio-only calls in its free version. This without compromising the voice quality of the call or the video image.

In addition, it has a function in its desktop version that allows real-time translations in different languages, which comes in handy for friends who speak another language and join to the conversation.

This is a well-known and easy-to-use Google service, with which you can also make video calls with up to 10 participants in its personal version for users and up to 25 in its business version. One of its biggest advantages is that it is not necessary to register since if you have a Google account, by default, you also have a Hangouts account. In addition, it offers the option of making video calls from its web version or mobile application, without compromising the quality of the audio and image.

Houseparty is an application available on iOS and Android that has become very popular in recent times, especially among younger people. This is thanks to the fact that in addition to offering the possibility of making video calls with up to 8 participants, it includes games to liven up the conversation and make it more fun. In its free version you can find the classic “Trivia”, the typical card and riddle game “Chips and Guac” and the game to guess words “Heads up!”. Without a doubt, an excellent option to share an entertaining time with family or friends.

This free application has burst onto the scene in recent years thanks to the fact that, among other functions, it allows you to create servers with different channels to chat or make voice conversations. However, perhaps one of its most attractive services is group video calls, to which up to 50 participants can join at the same time. In addition, it allows you to share the screen to show it to the rest of the participants and offers the possibility of connecting through its desktop version or mobile application.