Mastitis during lactation: What is it and how to treat it? 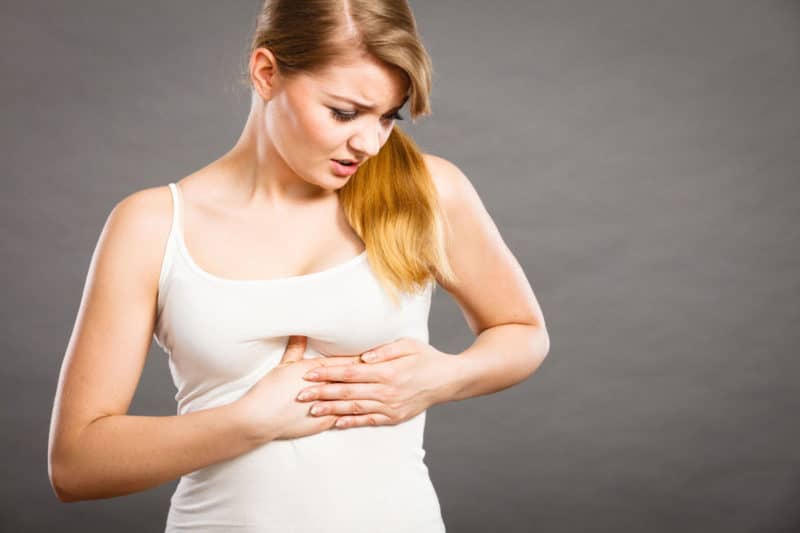 Mastitis is one of the most common disorders during breastfeeding, it is estimated that it affects approximately 10% of women who breastfeed their baby. Although it is a problem that many mothers are aware of, there are still many doubts about this alteration and its consequences for the health of the woman and her baby. In Stage Infant we explain what mastitis is, what its most common symptoms are and what treatments are available.

Basically, the mastitis is an inflammation of the mammary glands. In most cases it affects only one breast, although between 3 and 12% of women can present it in both. Generally it is related to an obstruction of the mammary ducts and can sometimes be accompanied by an infection.

The alteration usually occurs in the first three months postpartum, in 95% of cases appear between the second and third week. In general, it is very easy to diagnose since it begins to manifest with a slight inflammation in the chest, followed by discomfort that can become painful, although these are not its only symptoms.

The most common symptoms of mastitis

The most typical symptom of mastitis is a local inflammation of the breast, which is accompanied by pain, sensation of heat and burning. Increased sensitivity to touch and slight reddening of the skin, often wedge-shaped, are also common. Sometimes a thickening of the breast tissue or a lump may appear that, in most cases, disappears when the disease is treated.

Mastitis usually presents with a systemic picture of variable intensity, very similar to a flu-like state, in which a feeling of general malaise, headaches, chills, high fever, nausea and vomiting may appear. In up to 80% of cases local lesions can develop in the nipple such as thickening, irritation and cracks that cause intense pain. 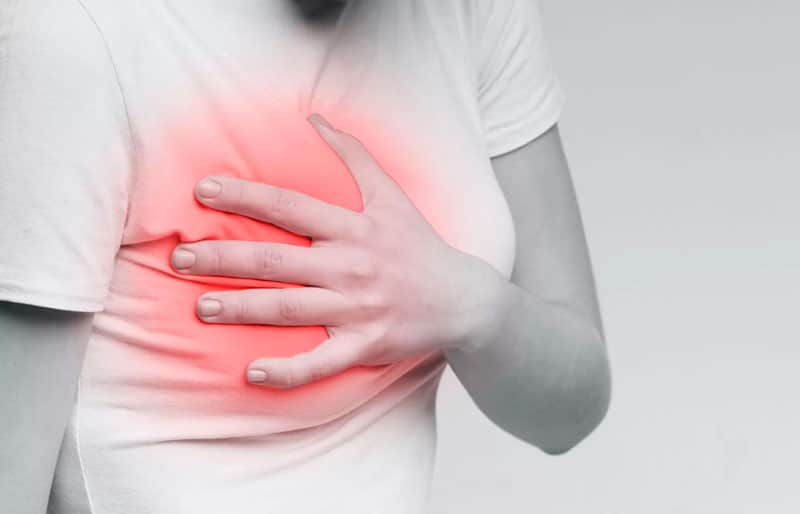 What are the causes of mastitis?

The main cause of mastitis during lactation It is the retention of milk in the mammary ducts. In these cases, what happens is that the breast does not empty completely with each feeding and, therefore, the milk that remains in the mammary duct obstructs it. Added to this is the fact that milk contains proinflammatory substances such as cytokines that, if they remain in contact with the epithelium of the mammary gland for a long time, generate an inflammatory response that can lead to an infection.

The other most common cause of mastitis is bacteria entering the breast through the baby’s mouth or through contact with other surfaces. In these cases, bacteria enter the breast ducts through their main opening or through through a crack in the skin of the nipple. Once inside, it lodges in the milk retained in the duct, a perfect breeding ground for the proliferation of bacteria and the development of an infection.

The existence of some behaviors or risk factors is also known that increase the probability of developing mastitis, such as insufficient emptying of the breast at each feed or infrequent feeds. Likewise, inadequate attachment of the infant can cause ineffective milk expression, in the same way that abruptly interrupting a feed or using one breast more than the other to breastfeed the baby can increase the risk. Wearing a bra that is too tight or a bag that is too heavy can also obstruct the proper circulation of milk.

Diagnosis and treatment of mastitis

The diagnosis of mastitis is usually very simple. In general, a physical examination is sufficient in which the doctor evaluates the visible symptoms of the alteration, although a breast milk culture is also usually performed to determine the best treatment in each case. Sometimes a mammogram or ultrasound may also be recommended to rule out the presence of possible breast cancer.

Once the diagnosis is made, the treatment of choice is usually antibiotics to reduce or prevent infection. The course of antibiotics is usually 10 days, although this can vary depending on the severity of the infection. Analgesics are also often prescribed to minimize pain. In most cases, mastitis resolves without complications, although there are times when an abscess can form in the breast if not treated properly. 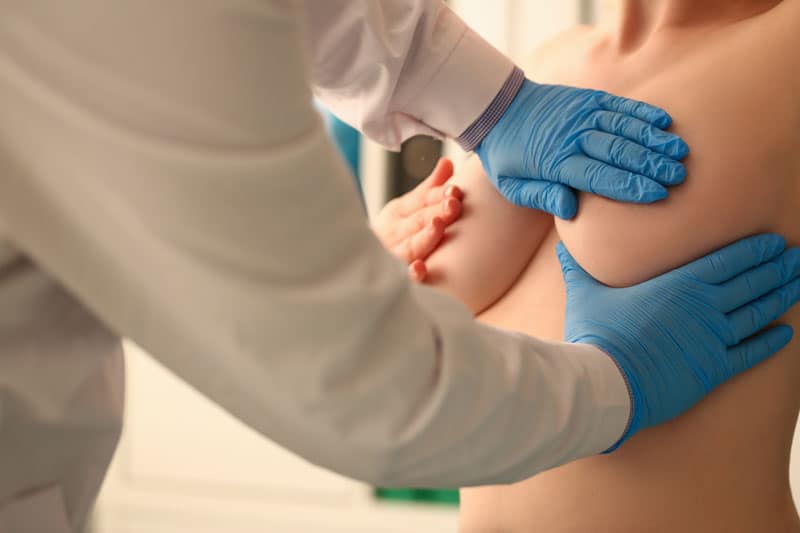 Is it possible to breastfeed a baby with mastitis?

In most cases, having mastitis is not an impediment to continue breastfeeding the baby, in fact, it could be positive in the treatment as it helps the milk flow and helps eliminate the infection. Maintaining breastfeeding also helps reduce breast inflammation and relieve pain.

It is worth noting that breast milk with mastitis does not pose a risk to the baby, although it usually has a higher level of sodium, so that sometimes the infant may reject it. Pharmacological treatments prescribed for mastitis do not affect the baby either, since they are recommended in very low doses. In any case, it is important to consult the doctor first, especially if it is a premature baby or with a weak immune system.

How to prevent mastitis?

The best way to prevent mastitis is to breastfeed your baby regularly, although it is also important to ensure that the all the accumulated milk. In addition, it is essential to alternate the breastfed baby between feedings to make sure that there is no milk retained in either of the two breasts. It has also been shown to be effective: