The influence of peers on adolescents 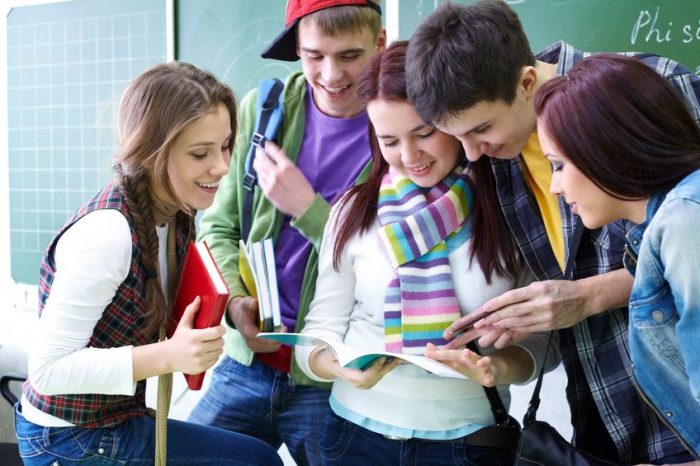 There is research that confirms what we have all known forever, and that is that adolescents have a great capacity for persuasion with their peers at this stage. Teenagers are heavily influenced by their friends. This influence doesn’t necessarily have to be from close relationships, sometimes even online friends can also exert great influence, as can real-life friends.

In a study, there was a group of people who did not know each other and connected virtually , however, they still responded to the influence of their peers. Teenagers look for people who are important to them in order to confirm their will. This again means that they want to be part of a community, to have a strong sense of belonging. Groups are strengthened through solidarity, these feelings of connection and inclusion with a community can strengthen your support in everyday situations.

This is nothing new. There has always been a drive and pressure for teenagers to conform but they are not. Even the strongest-minded teens can be influenced by what their peers are doing. This does not mean that they will always follow the crowd, but they are usually carried away at this stage. Social networks will make it easier to find people who influence you. Even for teens who have stronger personalities or who go against what others do or say, they can feel lonely and insecure if there are no others to engage in like-minded behaviors.

How social media can help

Help teens get on the right track

The difference with modern technology and the current ‘likes’ is that there is less need for judgment about what people might be thinking. In the past, what others thought was often a guessing game, especially for teenagers, when they were not in a particular circle of people. Today, with social networks it is easier to know what others think, it is easier to identify with others and know if you connect or not with other people.

Being aware of the need to feel a sensation similar to that of equals, it can occur even when a teenager feels different. Peer pressure can come from all kinds of directions – clothing, music played, fashion, style, food, politics, taste in trends, etc.

Peer pressure doesn’t always have to be harmful, in fact, it can be a healthy thing. Some of the greatest movements in humanity were made possible by teenagers questioning the way things were done. things in the world and were able to influence their peers to do things together -protests for peace, equality for women, etc-. The more the need to connect with others is supported, the greater the influence and it will be time to make them understand that when they do not like something, they should withdraw and not be dragged by others.

Do you have teenagers? ? What relationship do they have with their peers?